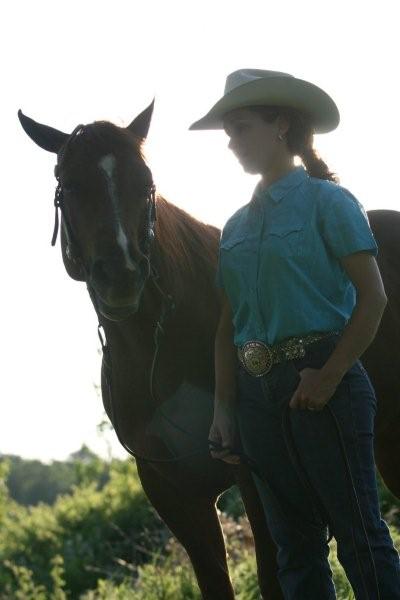 Stacy,  You are a great inspiration to me as a lifelong horse lover. You are a woman of faith and a veteran horse person. I want to know if you would ever or have ever changed a horse’s name that you acquired? After I had “renamed” three different horses, I met a cowboy (not a man of faith) who said it was “bad luck” to change a horse’s name. I had never heard that but asked a few other horse friends and they confirmed the cowboy’s info. I don’t believe in bad luck but I must be honest – i had bad experiences with all three horses – granted I have been working hard with trainer to learn from my past mistakes…I have had many great horse experiences as well which is why I continue to pursue my horse dreams.
I recently acquired a new horse whose name I did not change and we are having a blast…
Also, I’m not interested in sharing your answer, definitely a personal and faith reconciling issue – any insight would be appreciated.
Many blessings to you, your family and business,
Kim k

Around here barn names have both come in with the horses (this is Popcorn) or sometimes we get in horses with no barn name (Hailey’s yearling). If the horse comes in with a name and is staying with the same owner than the name generally sticks…as long as it fits the personality. If it is a new horse for an owner and they don’t love the barn name then sometimes the name will be used ‘loosely’ for awhile while everyone tries to identify something that fits better.

As you know all horses have different personalities. Like people some develop nicknames, shortened names, or pet names while other do not.

You may remember the palomino I bought last fall. He had a registered name but the breeder had never given him a pet name and the two trainer he was sent to before they decided to sell him never saw fit to name him either. When he came to me to be sold I thought he would be a fun project and that we would enjoy learning from each other…but he needed a name. I leaned towards Trigger (palomino….) but after opening it up to Face-book names began to flood in. As we read them all one made everyone laugh, “Twinky”. I wasn’t in love with it…but it wouldn’t go away. And it made people laugh. ‘Look at my new horse Twinky’ is a funny sentence. The fact that Twinky also held a grudge against the past training methods used on him made it even more important to laugh when around him. So ‘Twinky’ stuck.

Popcorn, who many of you know, was named at The Road to the Horse because he came from the Cornelius (‘corn’) Ranch. I do call him Popcorn although more often he is ‘Poppy!’. Our dogs name is Trouble although he is often called ‘troubley-bubblely’, ‘troubes’, or ‘tweeb-le’….strange variation on his name.

I have one customer who ‘always wants a Lady in the barn’ so….he will usually have a mare named Lady. Yes, one after another! Another customer had a mare that was bred to the same stallion three years in a row. Each baby looked like a clone of the last and because the first one was named ‘Jackie’ along came ‘Jackie Two’ and ‘Jackie Three’.

I, like you, don’t believe in bad luck. In the end the horses around here tend to name themselves and as their personalities grow and change sometimes those names change with them.