“Hi Stacy, I have a 12yr. old TWH Blue Roan gelding… Last October a 5yr. old QH palomino gelding joined our farm family. He was a rescue of sorts…very thin, by himself w/o other horses. We did the customary quarantine, vaccinations, then introduced him to our 12 yr. old TWH with a fence in between for 2 weeks, then opened up the gate and let them “meet”. The usual pecking order happened between them, nothing that was of great concern to me. Everything was not unusual between them, and they seemed to be ok with each other… Well the next morning, went out to farm and the palomino was out of fencing. Went and got him, checked him over, had a few superficial wounds, treated him and put in corral by himself for a few days, but still had over the fence contact with the 12 yr. old.

Few days later put them back together again. Well then all was NOT OK between them. If I had not seen this myself, would never believe it could happen EVER!!! My 12 yr. old gelding walked to the trees and stood perfectly still! At least 15 minutes, as soon as the 5 yr. old got close enough, my 12 yr. old pinned his ears, opened his mouth and charged the 5 yr. old. He knocked him off his feet and was pawing and biting at his abdomen.. Seemed to me like trying to disembowel him?? Knew horses would go for throats in serious death fights, but never the abdomen! I ran in there, in my own stupidity, I just reacted, didn’t think moment, and did manage to get them apart… Put 5 yr. old in separate corral for obvious reasons, checked him over, had scrapes and bite marks on him, but was shaken up mostly… Now I can’t put them together…

Tried again, and my 12 yr. old ran him thru the fence. So now I have to keep them separated…. Do you have any suggestions on what I can do? I have asked local horse people, and they all say, keep them separated… One gentlemen that has a horse breeding farm, said he has never had studs fight like that, much less geldings. I have no mares just geldings. My 12 yr. old used to be a field trial horse for bird dogs, so was put in pasture with strange horses all the time, and never acted like this. I truly could use some advice from a someone that I look up to in the horse world. Any suggestions would be wonderful.

Thank you for your time concerning this.” -Denise from ND

Wow, that is serious fighting, or at least serious attacking as it doesn’t sound like the young one fought much. I wish there was a simple explanation that I could give you or a simple fix but I don’t have one. I can give you some suggestions, thoughts and things to consider.

We Pick Our Friends 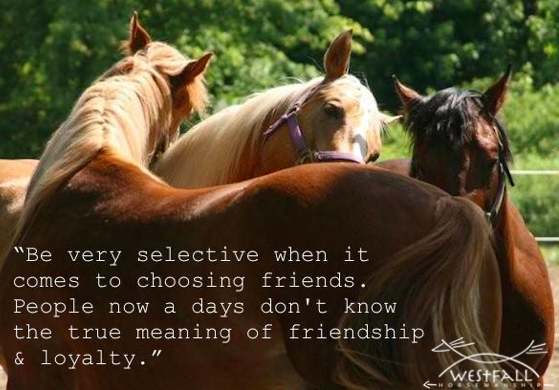 As humans we get to pick our friends. We might not pick our coworkers but when we are off the clock we have the freedom to get some distance from people we don’t want to be near. Often with horses they don’t get this same freedom. We choose who they will be with…but they don’t have to agree.

My horse Popcorn has a strong idea of what behavior he likes and dislikes in other horses. Although he isn’t as aggressive as you described he will hold a grudge against a horse who has offended him. It is possible that your new guy offended your older guy and he isn’t letting it go.

Even with our good friends and family there are times that we need space. Maybe they said something hurtful or maybe we are just having a bad day but either way we generally have the freedom of going for a walk or taking a drive. Often the larger the pasture the less likely this will happen. For example, a horse that likes to drive all the other horses around in a 3-4 acre pasture will often find it less fun in a 40 acre pasture or a 400 acre pasture. With more room to spread out they can often avoid violent disagreements. Unfortunately most of us don’t have this much space to work with which is why on smaller properties we often have to settle for separate pastures with a shared fence line.

Just this morning I was watching the Weekend Today show where they announced news anchor Jenna Wolfe was leaving. The interesting part was that Lester Holt admitted he didn’t like her, get her or hardly speak to her in the beginning. They both say it was a rough first year. What changed? Time and getting to know each other. Now years later they have become good friends.

Sometimes horse owners will report that horses who didn’t like each other will eventually come to accept each other given time. To keep horses safe during this many people use a shared fence line. If the aggressive horse is still aggressive over the fence you can feed them further away from each other in their own pastures. As they begin to accept each other you can begin to move the feed closer to the shared fence line. Even when they are accepting each other over the fence don’t expect to put them together. Watch for other signs that they are enjoying each others company; nickering or calling when the other is taken away, following as you lead the other up the fence line and a pleasant expression when near each other are good signs.

I would definately suggest taking your time and keeping them, and you, safe during the process. I would use a shared fence line for months and watch for changes in attitude of your older horse. Other things such as being stalled near each other, being ridden together and tied within sight (but not kicking distance) can also help them acclimate to each other.

One final thought is to remember that horses have emotional reactions also. I have seen many horses, who have bonded well with their owners, display jealousy when a new horse was brought home. If that is happening, then on one hand you can be happy that your horse thinks so highly of you, but also think about how you would handle jealousy if it was with a new friend. Often the ‘new horse’ gets tons of attention, what if you switched that around? Maybe tie the new horse within watching distance and give your older horse more attention than he has had in awhile; curry until your arms are sore and then spend the same amount of time brushing. I have seen older horses respond well to this, wearing a smug look on their face while glancing at the new guy.

Many times horses can grow to like or at least tolerate each other but not always. No matter what, both horses must remain respectful of you whenever you are around. Do not tolerate pinning of ears or other displays of aggression when you are near. Take your time and keep everyone safe.