How could a $200 tip make things worse? What is your honest answer?

How well do you know yourself? 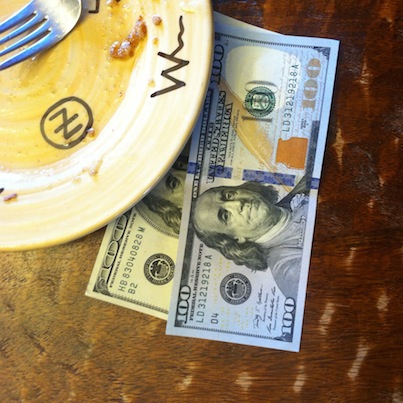 Can you imagine being a waiter or waitress and receiving a $200 tip? It would be pretty amazing, judging from the general response.…but would it last?

Good things and bad things don’t make people change…they make them more of what they really are.

It is easy to think that the extra money would make anyone happier. And in the short term this is probably true for anyone….but what about later?

In a week or two, would you head to clear the table hopefully-expecting another huge tip…only to be disappointed again? Does that disappointment eat at you?

Or maybe two or three weeks later someone under-tips you….do you resent them and hold ‘the big one’ up as proof that you were worth more?

What is going on here? Was that big tip a blessing or a curse?

I wonder if these later afterthoughts actually reflect what we ‘really are.’

It is probably safe to say that we all ‘hope’ we would be grateful with no other side effects….but how many people can admit that they could see it could go either way.

And really, how can we expect true honesty in our horses if we cannot be honest with ourselves.