My horse won’t keep his head down 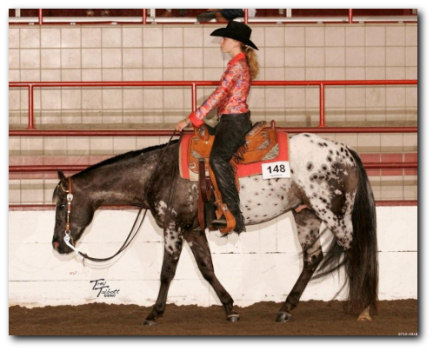 Hi Stacy, I bought some great tack from your site and love it! I’m emailing you for a question I have, my horse is wonderful but there is one thing I need advice on. I’ve asked people and trainers and got different answers and views. I thought asking a pro who has had success in their training is the right approach. Here’s the situation:
My horse understands giving to pressure. What I do is squeeze with my legs and pull back and hold with little even pressure on the reins and he drops his poll every time, problem is he won’t keep it like that for a full workout. Some people said what I’m doing is right, squeezing with my legs while holding even steady pressure on the reins releasing when he drops. While others say see sawing the reins back and forth and squeezing with my legs is the better thing to do. Which way do you think works better? Any tips for a full workout with his head low and tucked? He only keeps is head down for a few secs, he has had his teeth floated, had chiro work, full exam vet says he’s heathy and sound. I’ve been working on this for awhile. When you first teach a horse to break at the poll I was told leg pressure and steady pressure with the reins, and then some people say you must see saw so I’m trying to get the right approach, or would both technique work? Thanks so much

Either method you described can work. They do often end up with the horse looking a little bit like a ‘bobble head’ because they put it down…you release…it comes up, and the game goes on.

Here are some of the ways that I look at it. First off you will have more success if you have a horse that is naturally low headed. I own ten horses right now and all of them can be ridden in a frame with their heads low, but only one of them consistently does it in the field and everywhere because that is the way she is built. Guess which one was the easiest to train?

For the others here are some more things to remember. To take a horse and shape them a certain way takes time. I have been watching ‘The Biggest Loser’ with my family and it is a great example of how long it takes to reshape muscles, etc.

So when I am training a horse and I wish to encourage their muscles to be strong in a certain form then I need to hold them in that form pretty consistently. For this reason I ride most of my horses for the first year and a half in a frame that would remind you more of an ‘english’ horse (direct contact and two hands).

Also by bending and COUNTER BENDING horses drop their heads lower naturally while learning to steer better. Roxy was a good example. She was conditioned into a powerful frame for three years before the bareback/bridleless ride. And she was most comfortable in that frame after that even without a bridle. Now that she has been turned out for a few years she has lost her fitness level (from football player to couch potato) and she doesn’t carry the same frame.

The DVD that covers the bending and counter-bending methods I use is the Basic Body Control DVD which in addition to giving you great control over their body (shoulders, hips) has a side effect of a great headset.