“You can’t win unless you try to win…but you can lose by trying not to lose.” 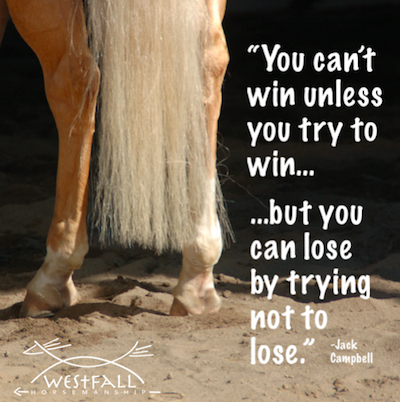 I had to read this one -twice- and I considered putting an emphasis on the second half, “…but you CAN lose by trying not to lose.”

Having said that, I truly know that I have learned more from my ‘failures’. Oddly enough, it doesn’t make me any more ‘excited’ to fail. It does, however, give me the hope to think that I WILL learn from this failure as I have from others. I might even learn more as I am more aware that learning is possible.