Where in the World are the Westfall's: NRHA Futurity 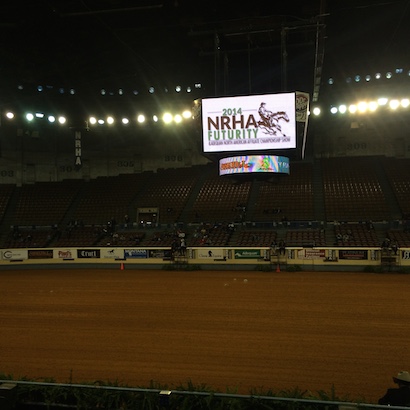 Enjoy watching the show, or shopping just outside the arena.

This week we are living in Oklahoma City at the fairgrounds while attending the National Reining Horse Associations largest show of the year. The NRHA Futurity show features both the Futurity as well as many other regular reining classes. Our original plan was to show here in the North American Affiliate Championships, which Jesse and I both qualified for. We ended up changing our plans because we basically had to choose between driving to Maine to visit my family or preparing our horses to show in Oklahoma. My grandparents are getting older and we made the choice to visit family. Although the horses went to Maine with us there was no facility for us to adequately prepare the horses for this big show. There will always be another show but you never know how much time you will have left with family.

We did decide to still come to the show to watch and it fit in with our plans to head to Arizona and Southern California. The weather has been amazing, especially after coming from the weather in Maine and Ohio where we had record cold. It was 74 degrees here yesterday! It has been strange being here and ‘living’ here…but strange in a good way that I could get used to. Every other time I was here I had to run to a hotel and generally that also meant eating at restaurants. Now that we are living full time in the motor home we are alway home and our refrigerator and pantry are right here on the grounds. I was standing in line at a food vendor and decided I would rather have an apple and some soup…so I went home and had some! 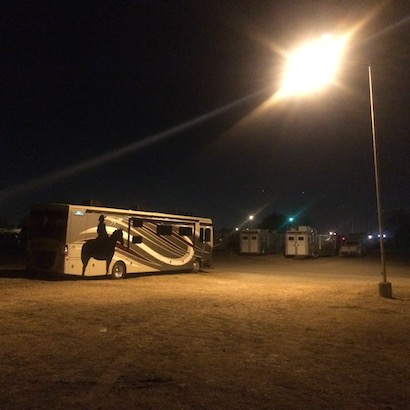 Home-sweet-home, even looks good in the dark!

Even though we are not showing here we will still use it as a training opportunity. Our horses are accustom to traveling and being at shows so they don’t have a problem relaxing, as you can see in the photos below. I also took a photo of the warm up arena that we were riding in. The temperature was dropping tonight and for a little while Jesse and I were the only ones out in the pen. Great footing, huge arena and walking distance to the barn and ‘home’…yep. I’m loving it.

We have seen some good runs in the first go of the futurity and we have had the chance to catch up with lots of horse show friends. Things will get really exciting as the week goes on. Thursday, Friday and Saturday all have horse sales as well as big time classes that will be exciting to watch. If you are anywhere near OKC stop by or click on this link for the ‘Live Stream’ connection and watch from home! 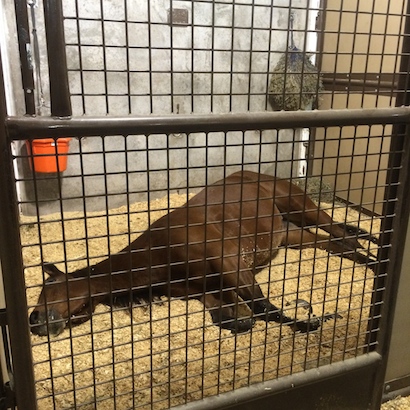 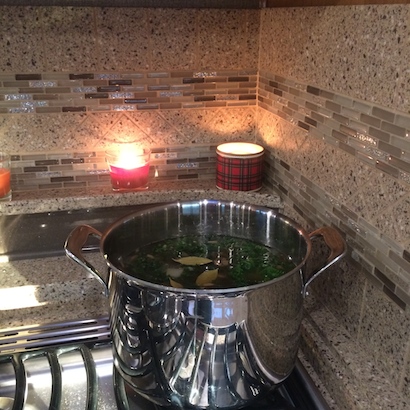 Soups on! Bread in the oven. 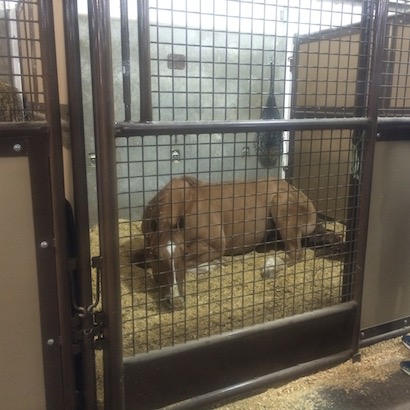 Newt taking a nap, our horses believe in napping in the early afternoon.