What type of hay do you feed your horse? 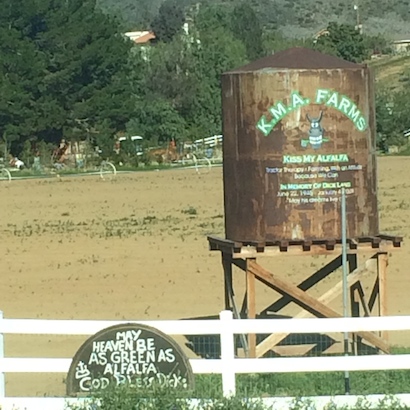 I had to laugh when we drove by this sign “May Heaven be as green as alfalfa.”

One of the interesting things about traveling around the country is seeing the differences in horse keeping, including differences in hay. It makes sense that climate differences would change what grows well which in turn changes what is available. It also changes the price.

Alfalfa hay likes heat and does well with irrigation. Right now we are in southern California and alfalfa hay is less expensive than grass hay. I have spent most of my life in the east where grass hays grow best and, in turn, usually costs less.

The alfalfa bales have been ranging anywhere between $14-$18 per bale BUT they are also tied either with wire or three strands of twine because they weigh around 100 pounds each. The grass hay is even more with a 100 pound bale of Timothy or Orchard Grass ranging between $25-$28 dollars!  Thankfully we still have a few bales of grass with us to mix. Not that the horses are eating it because given the choice they are picking out the alfalfa.

The interesting thing to me is this: we are spending about the same amount on hay now as we were in the east based on the amount they are consuming free choice both then and now.

I don’t intend this blog to be about the nutritional needs of specific horses, or the pros and cons of certain hays, but I am curious about where you live and what type of hay is easiest to obtain. I am also curious of the weight of the bales and the local price. 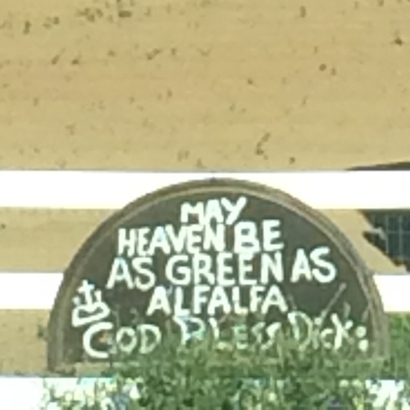