What are Nurse Mare Foals?

Many of you have asked, “Why are these foals not with their mothers?” 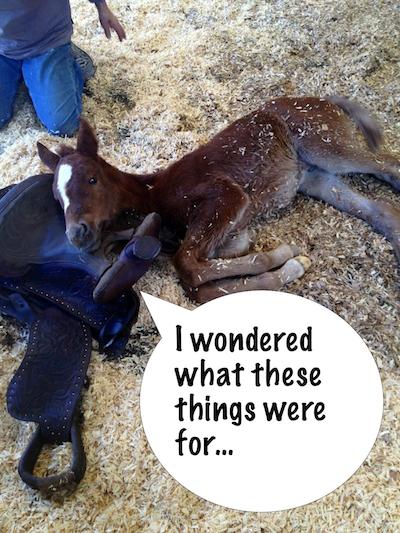 The following info is from The Last Chance Corral website;

“What are Nurse Mare Foals?

A nurse mare foal is a foal who was born so that its mother might come into milk. The milk that its mother is producing is used to nourish the foal of another mare, a more “expensive” foal. Primarily these are thoroughbred foals, though certainly are not limited to the thoroughbred industry. The foals are essentially by-products of the mare’s milk industry. A thoroughbred mare’s purpose is to produce more racehorses. A mare can give birth to one foal each year provided she is re-bred immediately after delivering a foal. Because the Jockey Club requires that mares be bred only by live cover, and not artificially inseminated, the mare must travel to the stallion for breeding and may be shipped as soon as 7-10 days after giving birth to a foal, but a period of 3-4 weeks is generally allowed.

In general there are a number of reasons why a nurse mare may be called upon.  Traveling is very risky for these newborn racing foals, and insurance costs are prohibitive for the foal to accompany the mother to the stallion farm. At this point a nurse mare is hired to raise the thoroughbred foal while the mother goes and gets re-bred. In order to have milk, the nurse mare had to give birth to her own baby. When she is sent to the thoroughbred breeding farm, her own foal is left behind. Historically, these foals were simply killed. Orphaned foals are difficult to rise and no one had tried to raise large numbers of them. These foals do have value, however, their hides can be used as “pony skin” in the fashion and textile industries, and the meat is considered a delicacy in some foreign markets.

This is where Last Chance Corral comes in. We rescue these foals by purchasing as many as we can.  We bring them home, tend to their needs, and find them loving, secure homes. Please help us help them.

Please note that we have to purchase our Nurse Mare Foals.  Each foal costs us between $200 and $400.  The adoption fee of each foal is based on what we pay for each individual foal.  We add an extra $50 to the price we pay to try, and I emphasize the word try, to help cover the expenses of transportation, milk, and medications.”

My first reaction was how can this be stopped…and from reading comments I can see that many of you are with me on this. The idea of putting pressure on the industry is a natural first reaction but then I had to think deeper and more broad. Think about human problems such as human trafficking and modern day slavery…and the idea of people, as well as animals, struggling takes on a more broad, historical, almost un-ending feel. There are good farms that do good and bad farms that do bad. Last Chance deals with the bad farms. Saying you would fix the bad farms is like saying you would make drugs and other illegal things unavailable in jails…yet it still happens.

But I can help one foal. That doesn’t feel too big.

The whole practice is wrong… but it struck me as ultra-wrong that Last Chance has to BUY the foals from these farms. So, in a very real since, donations do directly save these lives.

Between now and April 10th, Last Chance Corral is looking for donations of used saddles or tack that they can resell and use the money to BUY and care for foals.

The Last Chance Corral is a Federally designated 501(c)3 non-profit organization and a member of the The American Horse Protection Association and American Humane Society.  They are one of the oldest, large animal rescue organizations in the country. 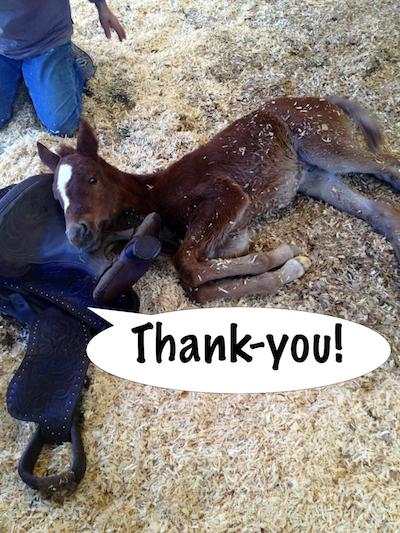 A foal at Last Chance Corral says, “Thank you” for donating saddles and tack to help save more foals.

Donations can be sent directly to;

The foals thank you.

Below is a video for those of you who would like to learn more about the nurse mare foals and Last Chance corral. If you don’t have time to watch the whole thing, I suggest watching them teaching the foals to drink from a bucket around 4 minutes and then visit the Last Chance Facebook page to see the two foals after they have mastered drinking.