Jac at 2 hours and 35 minutes of training. This is the lesson I use with all of my horses before I tie them.

I run and bump because it gives the horse warning and a consequence. It gives the horse time to think and make a choice. Someone will ask why I don’t just use a whip. I don’t use a whip because when I tie him to a wall I won’t be standing behind him with a whip to drive him forward.

Someone else will wonder if I am being too harsh by running and ‘hitting’ the end of the line. I can’t ‘bump’ him nearly as hard as he will pull if he is tied and he panics.

Using this method you are a lot LESS likely to force the horse.

I think that the ‘pull’ I do at 6:10 is VERY interesting because Jac confesses something with his body. If you watch closely when I begin to jog away Jac actually braces well BEFORE I get to the end of the rope. That is Jac physically saying that he knows the bump is coming and he is making a choice. He is choosing to brace and take the bump.

What is interesting is that the time before this he trotted off to avoid the bump. Don’t be confused and think that ‘if only’ he knew the right answer he would make the right choice. There are plenty of times when horses, like people, test just to see what the outcome of the test will be. 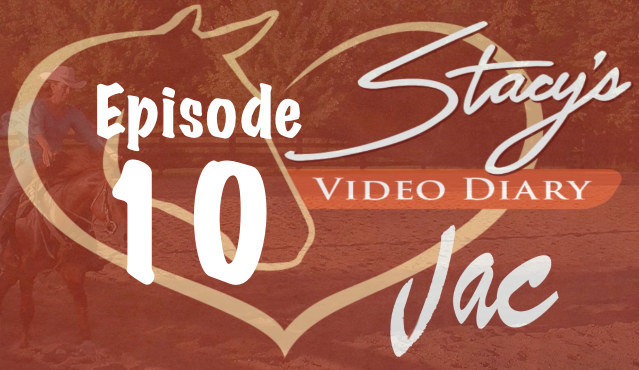