Should I breed my mare: Things to consider before breeding. 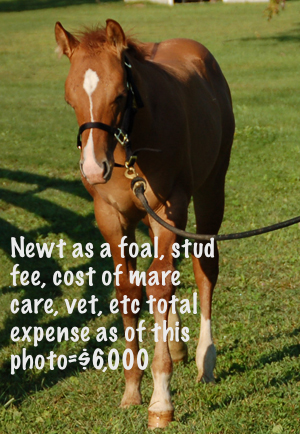 1-Commitment– Are you breeding to sell or for your personal enjoyment? Many people own a mare that they love and would like to raise one foal out of. This decision is usually made more from an emotional level than from a selling stand point.

I personally made this decision with my mare when I was 17 years old. I loved her and wanted one foal out of her. I had no intention of selling and was willing to make a lifetime commitment. As much as that is possible anyway. In my youthful ignorance I never considered financial difficulties, unseen health problems or death.

Because I made the decision from an emotional level and was not well informed I bred a horse that would not have had much resale value. In hindsight, it is in the horses best interest if he is considered ‘valuable’ to a larger group of people than only me…that way if something happens to me he has more of a future.

A horse will be dependent on a human for the rest of his life.

2-Marketability-Some people breed with the intention of selling. All people should consider what would happen if the horse needed to be sold. Even people with the intention of keeping the horse forever should consider the fact that the future may surprise them. Job loss, financial difficultly, unforeseen health problems, job change, divorce, drug use and death affect many people, and horses, each year.

What will happen if you die? Try to imagine where the horse you create will or could end up. The larger number of people the horse would appeal to the safer the horses future will be.

3-Danger– Breeding has risks. That includes the breeding and the foaling process. There is a risk of a rectal tear during artificial insemination which leads to death. Older mares that have never been breed have a higher risk of uterine artery rupture. Delivering a foal that is not positioned correctly can be dangerous or deadly. Retained placentas can be deadly. Maiden mares are often confused by the process. My roommate from college nearly lost her mare to a uterine torsion which she caught early (colic type symptoms). The mare had to have emergency surgery to prevent death. Shortly after this surgery, similar to colic surgery, she went into labor and gave birth (c-sections are risky). The foal then required intensive care and medications that have had long term negative effects. And lots of money.

We nearly lost one of our mares during foaling just due to confusion on her part. She refused to lay down and was repeatedly beginning to deliver,  pushing the feet clear and between contractions the foal would slip back inside. Three of us, with foaling experience, were unable to help her until she finally laid down. She quickly delivered but the damage had been done.

In six hours it became evident that she had damaged all the nerves to her hind end causing the inability to pass manure or urine. Not good.

We were informed this could be permanent damage. We were advised that if it was permanent that the mare would require daily removal of the manure by hand; literally reaching inside to clean her out.

4-Cost-If you have read this far you can do the math and see that often the stud fee is the cheap part. Artificial 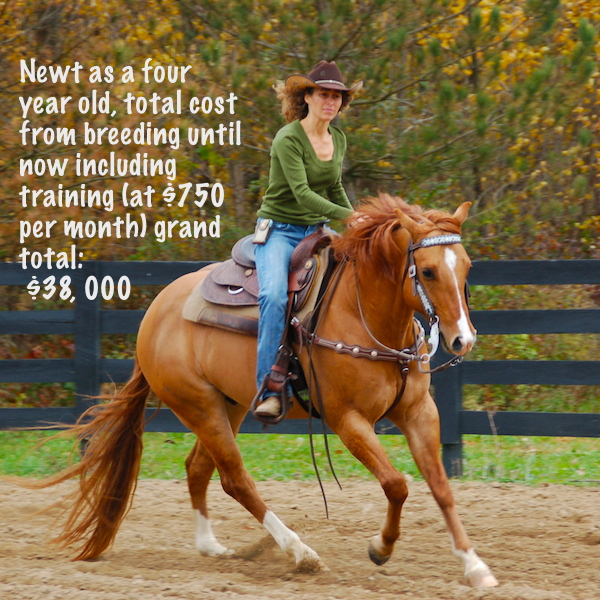 insemination, sexually transmitted disease and infection from live cover, cost of ownership and potential problems all need to be factored in beyond just the stud fee. Increasing the horses value also involves training as they get older which is also costly whether it costs you in time or cash.

Information is power. Planning can also be prevention. Please use this article as a starting point and continue to gather information before making this decision.

As for me, I have bred and foaled out ten mares that we personally owned. Of that ten we still own five, one died as a weanling and we sold four. Three of the four we sold are in their forever homes…as much as that is possible. One has been trained and is currently for sale. We haven’t bred any mares in the last three year.

If we choose to breed again we will do so because we think we can improve the equine industry with the resulting foal.

But what if you really, really want one of those cute foals! Have no fear, there is still another answer. Adopt.

Check out somewhere like The Last Chance Corral. Victoria and the staff can show you how you can have the emotional experience of both raising and SAVING the life of one of those cute little foals.