We left Texas about three weeks ago and we have made two stops since then. The first was to visit with family and celebrate our sons birthday and the second was for a horse show. 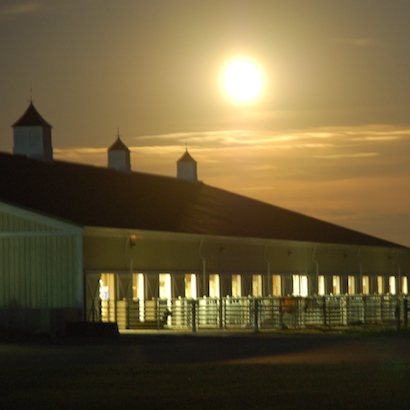 It was interesting to study myself as the time for the show approached, during the show, and again tonight at the end of the show. Even though we had been ‘living’ in Findlay (remember, anywhere we stop is where we are living) as the show approached I felt some tension at the idea of all of the prep work that goes into moving in and setting up at a show. As we had been living in Findlay for almost two weeks…we were ready. I am going to have to reflect on what might have caused this anxiety in the past.

During the show I realized that I had less stress than normal. I think that it was because there was no ‘home’ that I was worried about; in the past I would worry about the people who were feeding and the upkeep, lawn mowing, etc. I don’t think I worried a lot…but maybe I did.

When the show ended and people were packing up it was another strange moment. I think I enjoyed it more because I was able to visit, talk and help other people move out instead of being busy packing and driving ourselves.

We still don’t know how long we will keep this up for but I do know that these are the observations I was looking forward to learning from.

Check out this photo I took while we were leaving the show tonight. It is actually the moon over the barn…but my camera left the shutter open a bit long and made it look more like a sunrise. The fact that I had time on a Sunday night after a show to stop and take photos is a true example of a change.