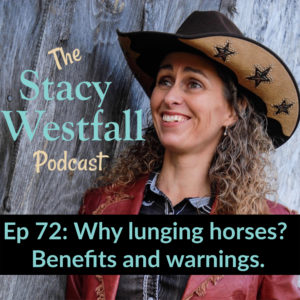 Question: You referenced lunging in your podcast and videos. I was hoping you could talk more about it. Perhaps elaborate on how you go about it and what you’re looking for and feeling for from the horse?