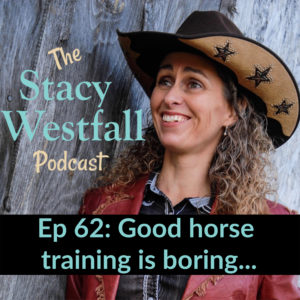 This week’s podcast continues explaining the levels of training that horses go through. I describe the middle part of horse training as boring…

Then we get to the middle of the bell curve. Where the changes are subtle and the hours are long. The long, repetitive middle. Like Wednesday, everyday…if you don’t see the details.

I explain what is really going on there in the middle and how it leads to the beautiful things we want at the end.

The Trail to the World Show, episode 17