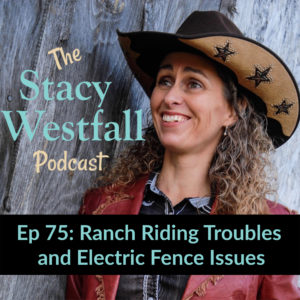 Q&A: Ranch riding, ranch trail…the horror!
How to better prepare for the transition from home to show.
Preparing a horse for rider nerves.
Practice the pattern or don’t practice the pattern?
The battle with anticipation.

Q&A: While I was riding through a gate on horseback, my horse reached over with his nose and TOUCHED the electric fence.
Now I have issues opening the gate…HELP!