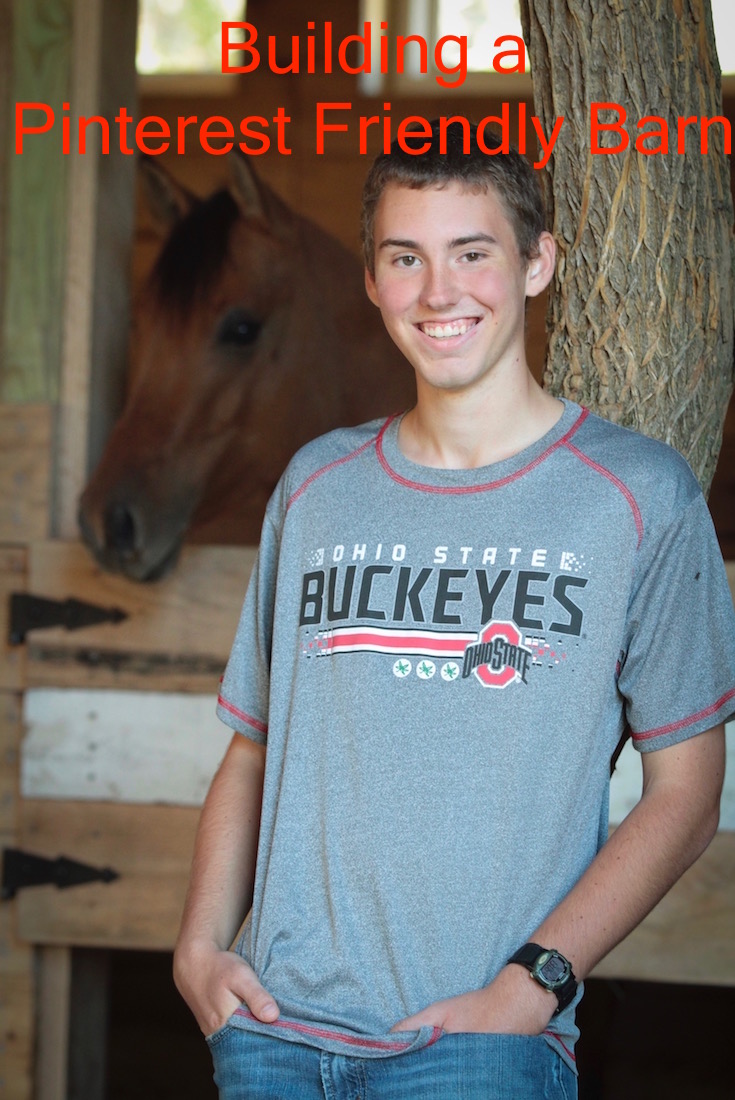 When we started the project of building our new barn and home (yes, in that order) I asked for only one thing; every area where it was practical I wanted something impractical (but still functional) to be there.

Yes, I just used practical and impractical together…I tend to think outside the box.

Thankfully my husband was onboard with the ideas as I introduced them (one at a time so he didn’t think I was completely crazy). Although we are not done building yet the results so far have been just what I imagined.

We really did begin construction on the barn before the house. And the hayloft in our barn really does have a bigger footprint than our house…but more on that later. Lets focus on the important thing: the practically-impractical barn.

There are three elements that make our arena/barn unique; the layout, the stall structure and the trees. Yep, I said trees.

Confused? You are probably feeling a bit like my builder did as I first tried to describe it to him…(well, not quite as confused because you aren’t expected to build it next week but you get the idea:)

We knew that we wanted stalls in one corner of our indoor riding arena (practical) and we knew we needed hay storage (practical) and the best use of our space was to put the hayloft over the stalls (very practical).

But…I dreamed of being more unique…

So I proposed the idea of using full blown sections of trees to hold up the front part of the hayloft. Think of it like a porch section in front of the stalls. A little more hayloft space up above and a cool looking overhang area…with trees.

After drawing this on several envelopes, scraps of paper and eventually graph paper I was able to convey my idea to Jesse and then the builder. Jesse really took the whole idea in stride (he’s been married to me for 20 years this June so he’s pretty familiar with my thinking…) and the builder wasn’t nearly as apprehensive as I feared.

The first real question was what type of wood/tree we should use. The first concern was how to build it without the tree/post rotting over time. During the first round of brainstorming we had the idea that we would be burying pressure treated lumber in the ground and then setting the tree/log on top of it.

This construction method would allow us to have a treated post below ground and any type of tree above. We had already cut down several wild cherry and oak during construction and we considered using these as the posts.

Thankfully construction takes some time and during the next week we kept talking about which logs to use, etc. Although Jesse was onboard with the idea of the trees, he was against the idea of a post below with the tree on top. His concern was that if a horse were to rub on the tree it could possibly move it. Granted, most of the horses wouldn’t be likely to do this but we have been around some, especially the drafty crosses, that can REALLY make the walls groan when they get rubbing on them!

In addition the joint would be low and could cause a lip that a horse shoe could get caught under (Jesse is my in-house-shoe-replacement-guy so he thinks of stuff like this)…and if that were not enough there would be either nails or screws involved. Again, not the biggest deal but still something to think about. 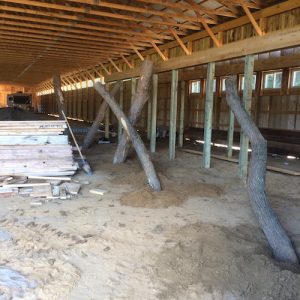 This photo is the trees set in the three foot deep holes they would be buried in the next day. (The guys who were building told me to try watering them to see if they would grow overnight…lol!

Jesse wondered if we could do something different. Maybe just bury the tree?

Now we were onto something.

I’m from Maine and we commonly use cedar posts in the round for fence posts. They stand outside for years half buried add half exposed…so I knew it was possible. The problem is that we didn’t have easy access to cedar here in Ohio.

We remembered that some older farmers we knew had fence posts made from locust trees. I was excited that we had an answer! I began researching where to find locust and learn a bit more about it.

Did you know that EVERY part of the locust tree is toxic to horses?!!!

Whew, that was a close call. How have horses survived in locust fences all these years? I’m going to guess two answers; 1) they probably aren’t that tasty 2) there was probably something better to eat. Still, we weren’t taking any chances so locust was out the door.

During the builders next visit Jesse relayed all. The builder, who happened to be Amish and has many horses, listened and offered up another idea. Hedge apple.

Hedge apple? Apparently these trees are also incredibly hardy as post and they did NOT show up in  the toxic-to-horses book or internet search. Why don’t people use them more you might ask (I did)? Apparently as they dry they become hard as rock and nailing fencing…or anything…into them is just more work than it is worth. 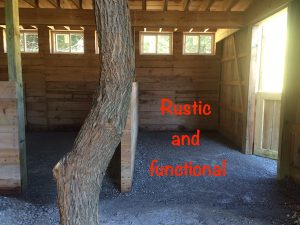 Here are photos after the trees had been buried at the bottom and secured at the top. Did you know that a crooked tree is still very strong as long as the top lines up over the bottom? Really-google it!

Plus, as a major bonus, the builder happened to have a bunch of these trees on his property he was going to cut down. Oh, there is one more reason they are not popular as fence posts…they don’t grow very straight!

I was soooooo excited that they were going to be all bent and crazy looking! (now the builder and my husband were looking a bit concerned)

Don’t judge the crooked tree. I call it character. 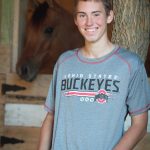 This is a photo of the tree in use as a photo backdrop just like I pictured it could be. This is one of my son’s senior photos taken by Corzatt Photography. Before you ask, no, he doesn’t ride much. He can but he chooses not to. He is, however, very good at stacking hay and cleaning stalls. An expert I would say. He did several different things for his senior photos but his *mom* (thats me) pointed out that, “horses have been in the background of your entire life…might as well have one in the background of your senior photo!” As you can see this made him laugh. 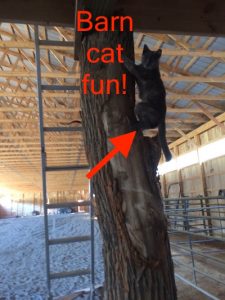 PLUS we got one more bonus I didn’t expect when planning for the trees: the barn cats LOVE to climb them! It is really funny and the horses are getting used to the strangest things…how practically-impractical is that? 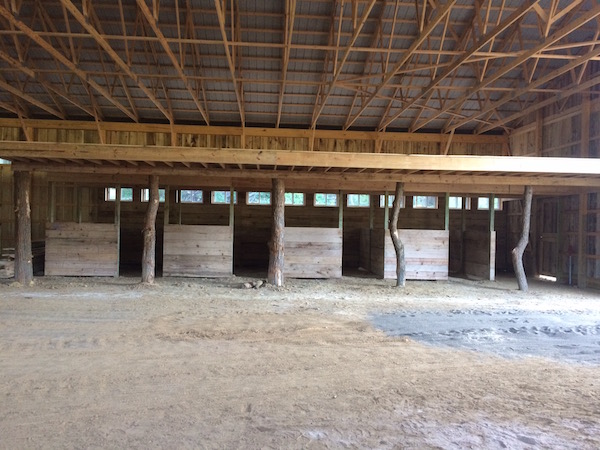 Do you wonder how riding without a bridle is possible? Wonder no more! Stacy shows you in this DVD all of the cues in a way that both horse and rider can understand. Many people have trained their horses to ride without a bridle from this video. The cues system can improve your riding communication even while keeping the bridle on. 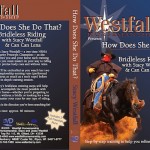