Are horses usually easy or hard to get started in mounted shooting? 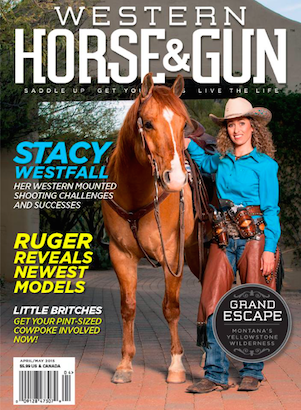 I took up mounted shooting as my hobby and like most hobbies, I wish I had more time to dedicate to it. The sport is a combination of speed, control and finesse which are also traits that I look for in my reining horses. In the past two blog posts I have shown videos of Newt as he was introduced to mounted shooting (I will include them below also). Newt was pretty quiet about the shooting but that wasn’t the case with Popcorn, my main shooting partner.

When I took Popcorn to the mounted shooting shows (Step #1 in both videos) he was very reactive. He didn’t do anything dangerous but he would flinch each time a gun went off….all day long. He would start with a worried look too. The look would go away but the flinching stayed. I stayed persistent for several months and although Popcorn never did anything wrong he also didn’t relax. I considered giving up on him and even gave him the winter completely off. In the spring I was at an expo and talked with a pro who said that if I really wanted to do it I should keep trying. She advised me that she had seen horses eventually relax and become top competitors. Popcorn will be with me forever so I figured I would keep playing around with it. I am glad I did. After taking my time with him for two years we eventually moved from Level 1 to Level 4 (there are 6 levels) together while bringing home several belt buckles as well as being the Midwest Regional Express Cowgirl in 2013.

Not all horses are as easy as Newt was in these videos but many are. I wish I had thought to make videos of Popcorn and his journey but I didn’t. I do have a video of one of our runs once we got going. Mounted shooting clubs offer numerous divisions and levels making it a great sport to get started in to both improve your horsemanship and make some new friends along the way. I have enjoyed it as a hobby…maybe you will too.

P.S.- Tomorrow I participate in a Mounted Shooting Clinic with the MSA at the Road to the Horse!