When does a horse need shoes?

Shoes or no shoes…that is the question.

And…I don’t have the answer.
At least, not a blanket answer.
I think that is why the ‘discussion’ gets so heated.
There is not a single ‘right’ answer.

I personally leave my horses barefoot until one of two things happens; they tell me they need shoes or I want to teach them to slide for reining.

Presto isn’t going to be sliding anytime soon but he did tell me that he was ready for shoes.
How did he tell me? 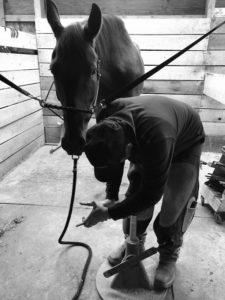 With Presto it was subtle…for awhile.
He is now 4 years old and I’m riding him pretty regularly, 4-5 times per week. I ride in an arena that has a sand footing.
Sometimes I pony him out on the trails behind my house. The footing on the trails is everything; pavement to get to the trails, sand, gravel, sandstone, mud, water crossings…repeat.
Presto is also turned out in a dry lot. We are working on getting more grass areas fenced in but the footing in the paddock is clay and sandstone with some gravel in areas that get muddy.

I started to notice that when I would bring him in from the paddock he was a bit more careful about where he stepped on the gravel driveway. Nothing major. But I noticed.
Then as I was riding him I began to notice that his stride felt shorter. For a while, I told myself that he was learning to carry himself differently. That the work was helping him to collect himself…and that is partly true too…But I noticed.

And then after a few weeks or maybe even close to two months…I began to notice he would stumble, just occasionally, when I was riding him. Keep in mind that I was still riding in the sand. At first, I thought it was just a funny step…But I noticed.

So I considered putting shoes on.
But I didn’t rush to do it…
And I noticed all of these things continued on.

I considered getting boots for him so I could keep him barefoot. Then I realized that the sand riding arena wasn’t the problem and he had only been on the trails occasionally. The biggest culprit was the turnout area.
Hoof boots are not designed for turnout so I decide to go with shoes.

In less than an hour, Presto was wearing his first pair of shoes and I had my answer. On the lunge line, his canter was noticeably freer. Walking across the driveway he stepped out in much bigger strides. And when I rode him…I wondered why I hadn’t put shoes on a month earlier!

I think Presto was able to stay barefoot until now because he did very little work and the changes in his gait were subtle. Now that I am working him regularly and noticing the small things he is telling me, I think I made the decision that was the best for him.

There is a huge chance that he will end up barefoot over the winter again. Most of my horses do. When the ground is soft in the fall and the horses spend more time inside and less time stomping flies and running around in the paddocks…the shoes will come off.

I’m not pro-shoes or anti-shoes…but I am willing to listen to my horses and change accordingly.

I’d like to say a big thanks to Equithrive for developing a Hoof Pellet that has really helped strengthen my horses hooves, including Presto!

I’ve owned Presto now for four years. He has grown so much and I’m finally ready to start sharing his adventures. You can find all of his posts on my website (stacywestfall_com_)
What questions do you have for me about Presto?
#PressonRegardless #Presto #Equithrive 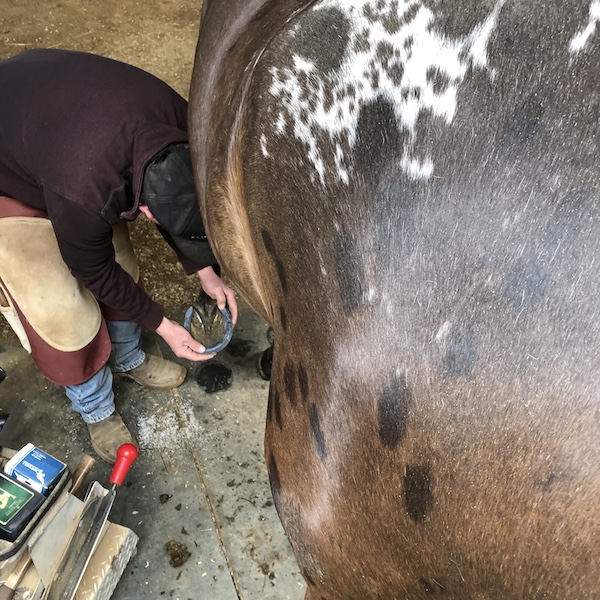