The main point of the Jac project was to show you my training methods in an everyday setting. The beauty of the project has been that there are little golden nuggets that have been captured; moments when you can really ‘see’ what Jac is thinking. This is one of those episodes.

Often times people think that horse training is a one way conversation. 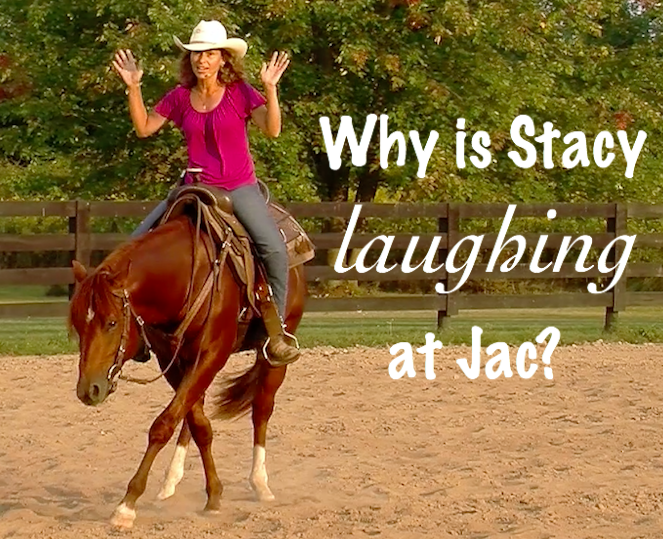 Watch Episode 26 of Jac to see why Stacy is laughing.

Horse training is a conversation-people make the mistake of thinking this is a one way conversation; one where the student only listens and never asks a question.

This likely happens because people miss that the ‘conversation’ is happening at all. It is difficult to have a conversation if you aren’t fluent in a language.

The total training time Jac has received up until now is 50 hours 5 minutes. Jac demonstrates in the first three minutes of video that he is both thinking and asking questions.

Jac is saying, “Teacher, Stacy, you’ve been really consistent and everyday we end on one of two things; we either end on backing up or on spinning to the right…can we be done now?”

Jac has learned what pleases me and he is demonstrating an eagerness to get it done.

I cover a lot more in this video but if you watch nothing else then just watch the first three minutes. Listen to and watch what Jac is saying…who better to learn from than a horse?