This episode has several major points. The first one I want to focus on is the idea of ‘training cycles.’  Each day with Jac consists of cycles that are physical and then mental/emotional.  These are components of each workout routine. 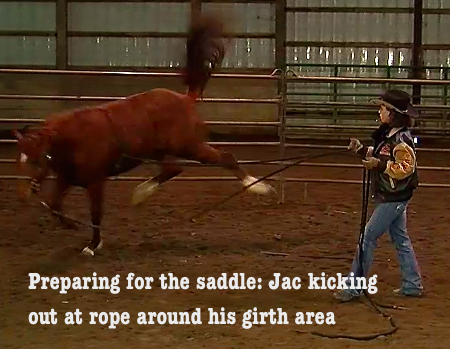 The simplest day would only contain one cycle. A longer day will repeat these cycles over and over.

In this episode I cycle through:

Another way of saying this would be ‘four cycles doesn’t mean four times as much work for the horse.’

I may accomplish four times as much in that day, but only work the horse half again as hard as I did in the first cycle. Did you follow that?

So adding cycles, rather than extra days, can actually be physically easier and more productive in the long term.