Insecure horses and self control 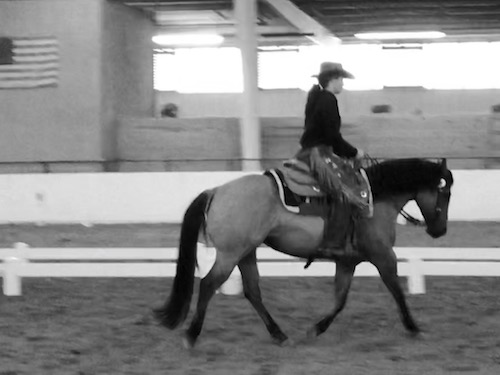 Thankfully the horse show ended better than it began! Willow (the 7-year old I mentioned in a previous post) recovered nicely. Willow is not a naturally confident horse and this was her first horse show. To give an example of how nervous she was, the first night I was riding in the dressage arena we would be showing in the next day. I had on a light jacket and decided to take it off. I side-passed to the rail and dropped my jacket on the ground (while still mounted on Willow). She was fine with that…but as soon as we rode off and circled back around she decided the jacket was a monster. I spent the next 30 minutes riding past my own jacket while Willow had varying reactions; sometimes a little sideways scuttle, sometimes tension and loss of rhythm, always some tension.

It is worth noting that inside me two things were happening. On one hand, I was thinking, ‘well, I found something to work on’ while another part of me was thinking, ‘will Willow ever outgrow this?’

I want to say I wasn’t frustrated but I was. I had worked a full day of teaching a clinic before driving to the show. I was tired and it was late. I knew I was also going to have an early morning. I did feel some frustration but I can say that it was just a tiny hint and I could easily control it. I have openly said that Willow is a more insecure horse and will require quite a bit of travel before she becomes comfortable away from home. I know this because it has taken quite awhile for her to become comfortable at home. 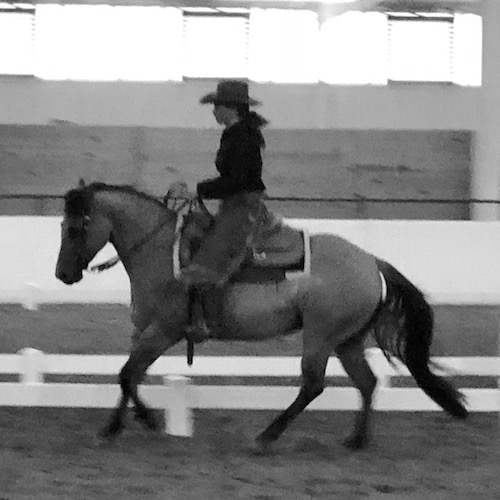 Self-control on a riders part is not the lack of feeling frustrated or other negative emotions…it is the ability to control one’s self when they come up.

The next day I rode Willow around outside before the class and again, she was insecure. I was more well rested and the whole point of this show was to help her learn that travel was ok. Again, I rode like I do at home and put her away while I changed my clothes.

I’m happy to say that when we went in the ring Willow was finally almost the way she is at home. Almost. She had plenty of pep in her step but she was also confident in our partnership. My reward for self-control was that Willow felt confident in me. We marked a 77% in her first ever western dressage test! To top it off, at the end of the day, our score was very nearly the high score of the day with only one horse marking higher than us all day, all classes.

Willow also received a very unique comment on her scorecard where the judge wrote, “Love this pony! Great job.” Yep, my little power pony Willow…I love her too! 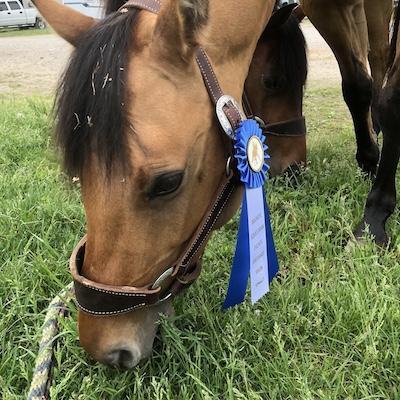 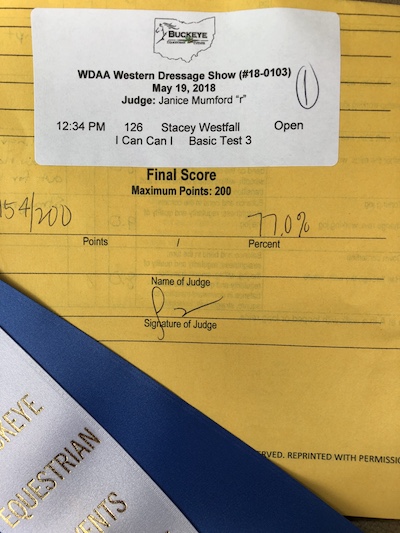