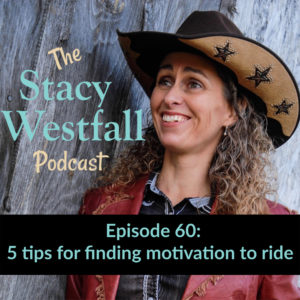 In this episode, Stacy shares what is going on in her barn with her horses. She shares how she is using the techniques and ideas that she has been teaching in the podcast…in her own barn.

Stacy starts by answering a listener’s question about motivation:

Links mentioned in this episode: